So last week I followed the February Family Friendly Week 3 plan and here’s what we thought:

Ground Beef Stroganoff:  This was easy to make, but we felt it should have been saucier.  I will be fixing this recipe to reflect this.

Mexican Meatloaf:  While we had the ground beef out for making the stroganoff, it was a snap to mix up this meatloaf at the same time.  We made it in a bowl, formed it into a round right in the bowl, covered it and saved it in the fridge for a busy day when we needed an easy meal.  I had never made meatloaf in a crock pot before, and was pleasantly surprised to see that it turned out to be really good!  My 12 year old is not normally a fan of meatloaf, but he said that this is the one type of meatloaf he’d be happy to have again.  The flavor was good.  The only change I plan to make it to remove the crushed corn chips.  I felt that they made it smell a little weird, added some odd bits of texture every here and there, and didn’t add anything to the recipe itself.  To me, an unnecessary addition to an otherwise very good recipe.  Ours served 6 pieces that satisfied teenage boys.

Tarragon Chicken Casserole:  This was the day that we learned that we do not like tarragon.  It smells weird and adds nothing to the recipe.  Tarragon, be banned forever!  This recipe made a very full 9×13 pan, and was easy to prepare.  Honestly, I felt it needed a lot more flavor and I can think of many ways to improve it.  This recipe will be replaced with something else.

Broccoli Quiche:  This was easy to whip up.  I actually made two, one with added mushrooms and one just the way the recipe was.  My pie shells were not big enough to handle all of the liquid that was made, so I think that part of the recipe needs to be tweaked so nothing goes to waste.  I liked how full of broccoli this quiche was, and was kind of amazed that it only needed 4 eggs.  It took longer to cook than the recipe called for, but it came out good and I enjoyed it very much.  My guys aren’t big on quiche, but they ate it and felt it was pretty good.  I think I’d like to keep this one, with some adjustments.

Overall we are enjoying trying out the recipes and having some new variety for our dinners.  I still plan to make the Pork with Mustard Sauce and Lemon Broccoli Pasta.  Maybe tomorrow. 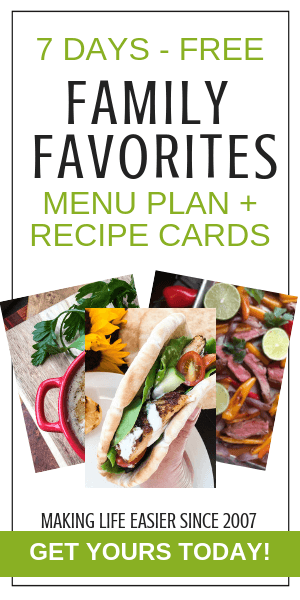 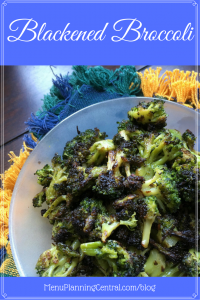 Spread the love    22     This simple, yet delicious, side dish comes together quickly so it is perfect for mid-week meals.  When lightly tossed with sesame oil, it pairs perfectly with Asian-inspired dishes like Seared Sesame Tuna with Mixed Greens. In addition, this flavorful dish goes well with everything from roasted chicken breasts to pan-seared pork chops. We […] 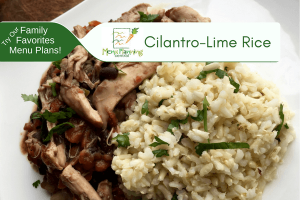 Spread the love         Tired of boring old rice?  Don’t worry.  It’s so easy to change boring, basic rice into something extra special with the addition of just a few fresh ingredients. In this recipe, we’ve teamed up fresh lime and cilantro to create a classic flavor combination that is sure to tickle your taste buds. This […] 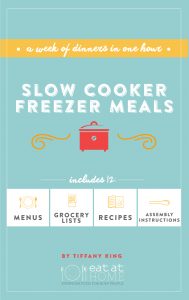 Spread the love         Affiliate links are used in this post. Once you start digging out your slow cooker and using it to cook delicious homemade meals, you will quickly become a fan. Many of us start to think about soups, stews, chilis, and all sorts of other delicious fare that lends itself to slow cooking (pot […] 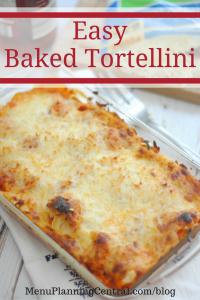 Spread the love    93    For nights when you want a family-pleasing meal that is also easy enough for the kids to make in about 5 minutes, this is the one! With just a handful of ingredients, this is easy on the budget AND your schedule.  It’s also great because you can revamp this recipe with different types […]

Spread the love    1    Affiliate links are used in this post. Do you enjoy entertaining? Use your slow cooker to help make a night of hosting friends and family in your home a lot easier. In fact, if you own multiple slow cookers or various kinds of slow cookers, then you may even be able to prepare […] 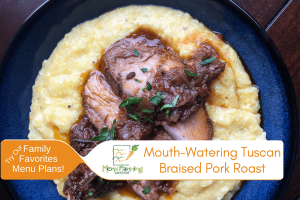 Spread the love    195    Dust off that Dutch oven and get ready to be amazed at how tender and juicy an ordinary pork roast becomes when we let it slowly braise in this Tuscan-inspired marinade. Simmered low and slow your roast will literally be fall-apart tender and delicious. Tip: The longer your meat marinates the more flavorful […] 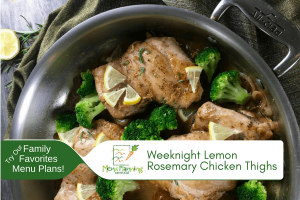 Spread the love    25    Here is a perfect weeknight lemon rosemary chicken thigh dish that you and your family will love.  Not only is it loaded with flavor, it is quick, easy and prepared in just one skillet.    You are going to love the amazing flavor you get from the timeless combination of fresh rosemary, lemon, […] 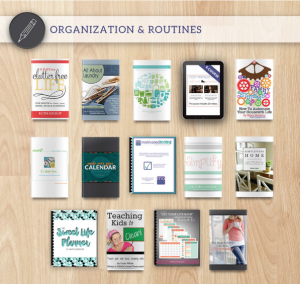 Spread the love         This post uses affiliate links. It happens to all of us at one time or another. We discover dinner didn’t go as planned and we don’t have a backup plan.  Unless you burned it to a crisp, there’s probably a trick you can use to make it better.  Here are just a few: […]